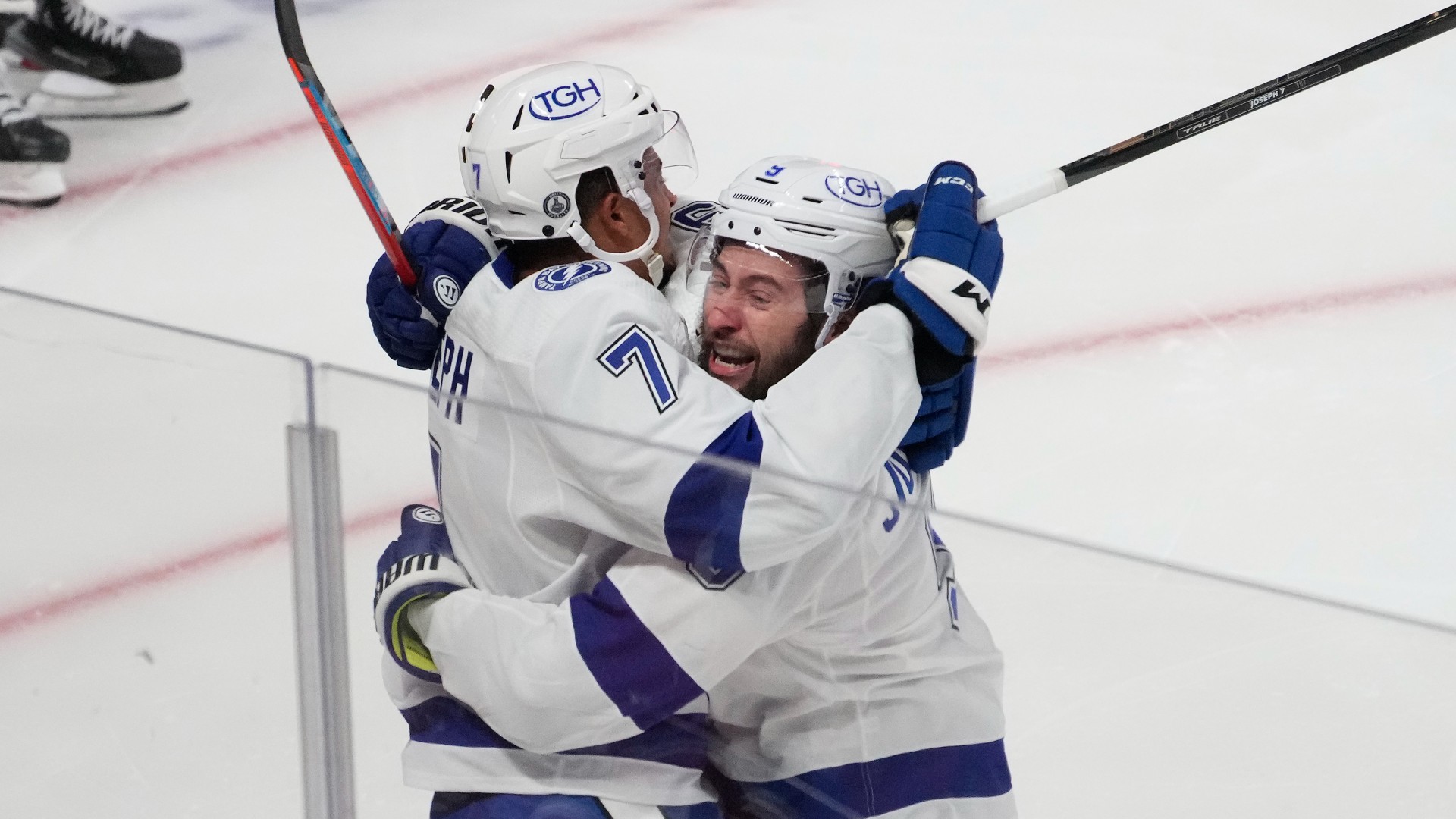 The Lightning are one win away from their second consecutive Stanley Cup championship.

After eking out a win in Game 2, which saw the Canadiens outplay Tampa Bay for the majority of the contest, the Floridians traveled to Montreal and dominated Game 3 in notching a 6-3 victory.

“At the end of the day, we’re not there yet,” Victor Hedman said regarding winning the Cup. “We need to win one more game. We put ourselves in good position, obviously. Fourth one is the toughest one to get. We’ve got to do whatever it takes to win the next game. … We’ve got more work to do.”Tampa Bay got on the board less than two minutes into the game with a Jan Rutta goal. Two minutes and 35 seconds later, Hedman widened the gap.”We made too many mistakes and they can make you pay cash on those mistakes,” said Dominique Ducharme, who was behind the Canadiens’ bench for the first time since Game 2 of the semifinals against Vegas following a positive COVID-19 test. “We’re aware of it. We just have to execute better.”Key defensive forward Phillip Danault, who does everything but score, scored his first of the playoffs for Montreal to cut the lead to 2-1. Then, less than two minutes into the middle frame, the Lightning added a goal by Nikita Kucherov before needing just one minute and 53 seconds more to go up 4-1 on a goal by Tyler Johnson.”It’s awesome anytime you can help the team contribute,” said Johnson, who added another tally in the third period. “We’re obviously one win away now, so that’s all we’re really focused on and we’re working together as a team on it and we’re trying to create something special.” Blake Coleman added an empty-netter for the Lightning and Nick Suzuki and Corey Perry scored for the Canadiens, who are now in a big hole. Down 3-0, they’ll try to do something that has only been done once before in the final, by the 1942 Maple Leafs.”We have to play one shift at a time, one game at a time, and roll up our sleeves,” said Danault. “We didn’t quit the whole year, no matter what was being said. When it was 3-1, Toronto, we didn’t quit. And I can guarantee that nobody on the team is going to quit now.”Game 4 is scheduled for Monday, July 5, at Bell Centre.Sporting News had all the action as the Lightning won Game 3 and moved closer to a repeat (all times Eastern).

9:25 p.m. —  GOAL . Bad change by the Canadiens gives the Lightning a 2-0 where Ondrej Palat sends the puck over to Nikita Kucherov for the goal. Tampa Bay leads 3-1.
Cernak with the stretch pass, Palat with a royal road pass, and Kucherov puts the Lightning ahead 3-1 pic.twitter.com/BvA3aKJC8B
— Shayna (@hayyyshayyy) July 3, 2021

9:05 p.m. — Period comes to an end.9:02 p.m. — Coleman is shown back on the bench.9:01 p.m. — Mikhail Sergachev takes a penalty. 8:49 p.m — GOAL. Phillip Danault scores! The top defensive forward finally gets his first goal of the postseason as he goes post and in. Tampa Bay leads 2-1.
Phillip Danault nets his first goal of the playoffs #GoHabsGo pic.twitter.com/AJFh5g2QfQ
— Shayna (@hayyyshayyy) July 3, 2021

Victor Hedman with a blast from the point to make it 2-0. #ItsOn | #StanleyCup pic.twitter.com/vHIILruhID
— Sportsnet (@Sportsnet) July 3, 2021

8:20 p.m. — Introductions.
Massive ovation for Dominique Ducharme from the 3500 fans inside the Bell Centre in his first game back following the positive COVID-19 test.
— Joshua Clipperton (@JClipperton_CP) July 3, 2021

Sergachev with the smirk after hearing the Bell Centre crowd boo him. Playing the heel well.
— David Alter (@dalter) July 3, 2021

7:54 p.m. — Maroon trying to stir up some action.
Pat Maroon spent just about the entire second half of warmup skating up and down the red line, just looking for some good conversation. No takers.
— Arpon Basu (@ArponBasu) July 2, 2021

The scene outside of the Bell Centre rn. 👀 #ItsOn pic.twitter.com/L3pVSrDmtN
— Sportsnet (@Sportsnet) July 2, 2021