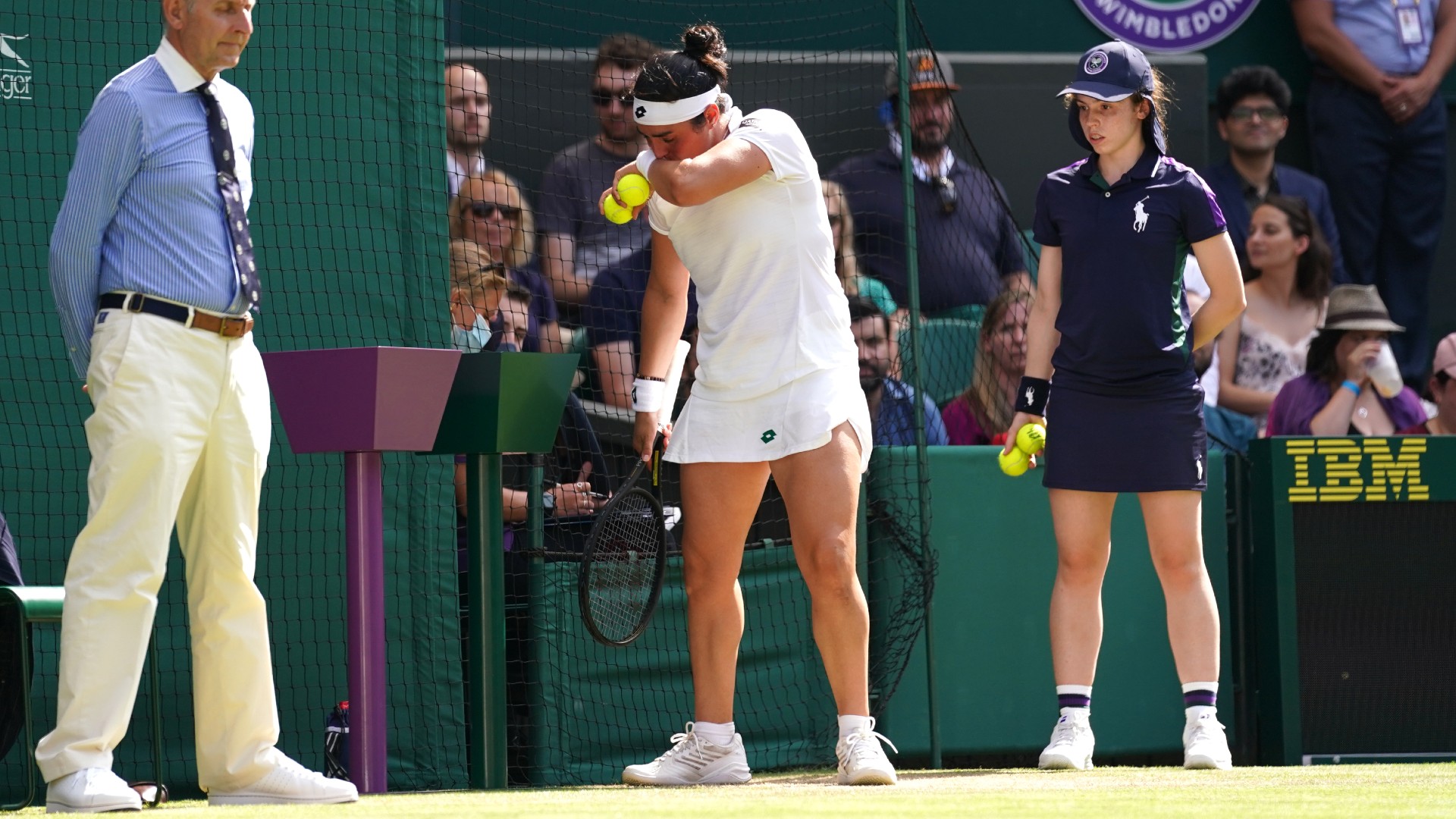 She had a nervous stomach, but she didn’t play nervous tennis.

Ons Jabeur had her third-round Wimbledon matchup vs. Garbine Muguruza just about in the bag Friday, but then she had one more hurdle to clear: Maybe out of nerves, maybe out of exhaustion, Jabeur walked to the back of the court and proceeded to vomit just before match point.

While not an iron stomach, Jabeur demonstrated an iron will: She wouldn’t take a seat and won the match soon after, continuing her impressive run through the tournament.The win was something of an iconic one for Jabeur: The Tunisian tennis player is the first Arab woman to advance to Round 4 of Wimbledon, and she did it in great style.
HISTORY! #Tunisia’s Ons Jabeur @Ons_Jabeur becomes First Arab Woman to make it to Wimbledon’s Fourth Round.

When asked how she was feeling post victory, she was all smiles:”I’m good, I can play another match right now,” Jabeur said on court.Well, at least Dylan Bundy has some company this week.