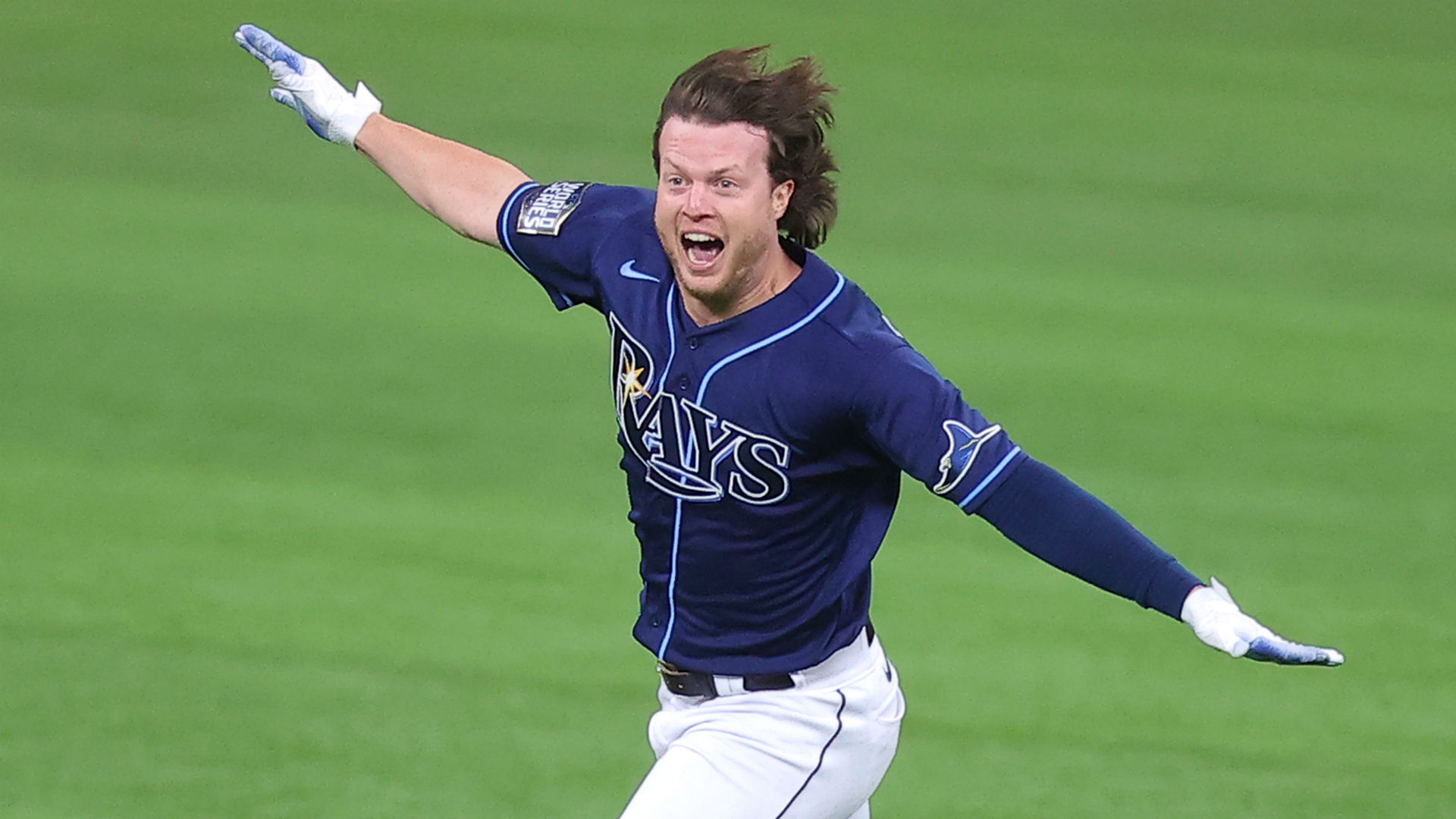 The Rays backup outfielder was tapped to work the bottom of the eighth inning after the Blue Jays had put up double-digit runs on Tampa Bay’s real pitchers. Phillips, he of the infectious smile and laugh (just Google “Brett Phillips laugh”), made sure to have maximum fun with his mound work.

It started with his warmup in the bullpen.MORE: How Phillips became unlikeliest of Rays’ unlikely World Series heroes in Game 4It continued with his run-in to the field (think WWE + Jared Hughes).
Brett Phillips takes the mound for his first career pitching appearance

And it kept going right through his final out.Phillips threw his first pitch 94 mph, just to show everyone that he could. After that, it was all slow-pitch softball — complete with an arc.
Brett Phillips, 94mph Fastball and 47mph Slowball.

Yermin Mercedes would have tried to grab a bat — if he hadn’t been sent to the minors earlier in the day.The man known as “Maverick” was just as effective as the Rays’ actual hurlers: one run, two hits, two walks and a balk when he dropped the ball with a runner on base. He threw 23 pitches, 12 for strikes. Here are the three outs he recorded; the final two came on highlight-reel plays by the Tampa Bay infield.Of course, Phillips kept it light on Twitter afterward.
Pitching is way harder than it looks. https://t.co/U4C32EG8ib
— Maverick Phillips (@Brett_Phillips8) July 3, 2021

But if he ever wants to take pitching seriously, he does have 94 in his back pocket . . .