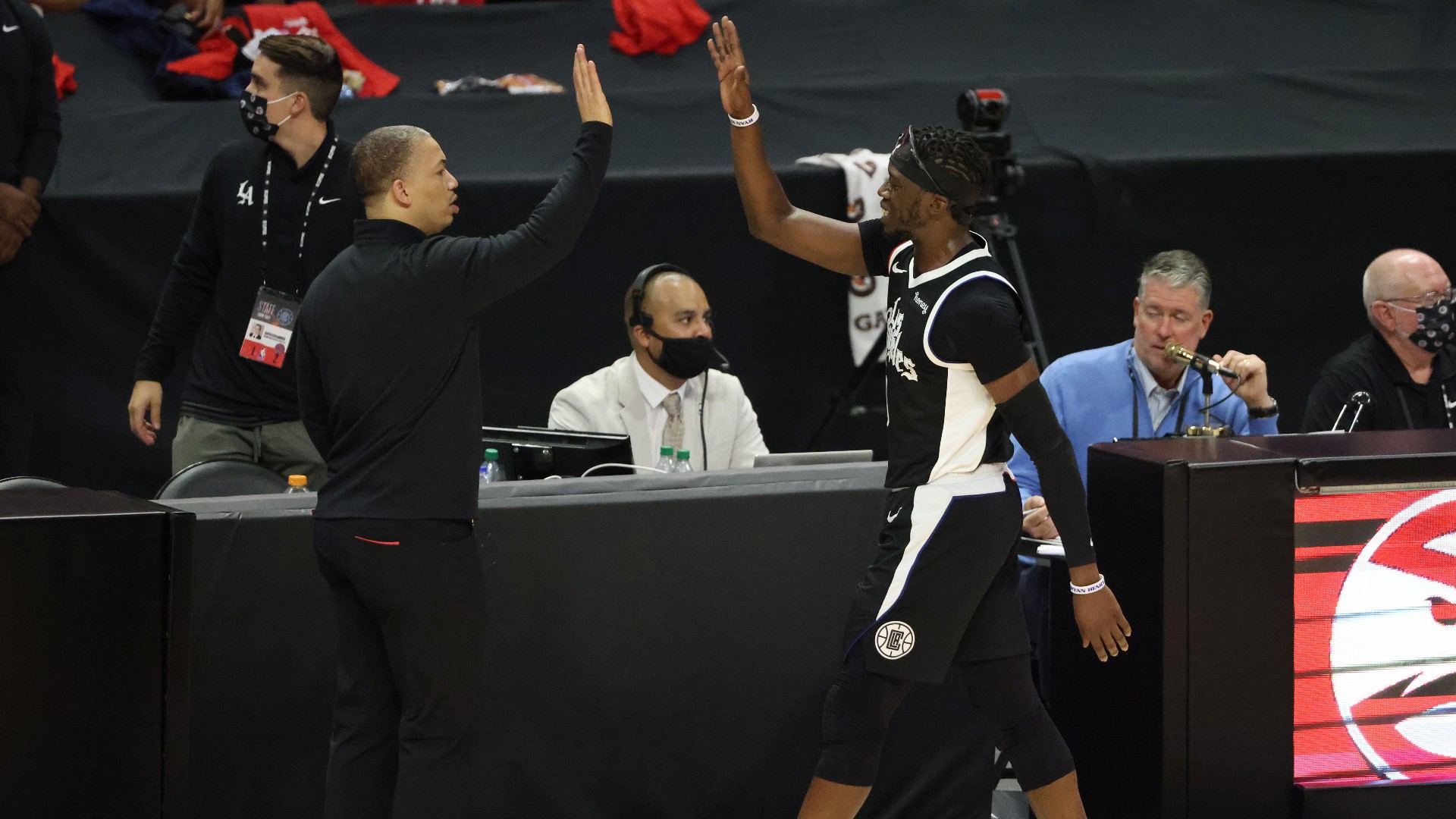 The Clippers’ season may be over, but the 2020-21 campaign is one that Reggie Jackson won’t soon forget.

As ESPN’s Ramona Shelburne noted in a terrific feature story earlier this week, the 31-year-old guard was considering retirement last summer after dealing with numerous health issues and losing his passion for basketball. But he rediscovered his love for the game and found a group in Los Angeles that always empowered Jackson to be himself.

MORE: Finally, it’s Chris Paul’s time to play for an NBA championshipThat’s why LA’s Game 6 loss was more painful than most defeats for Jackson. The Suns eliminated the Clippers from the NBA playoffs on Wednesday night with a 130-103 win to advance to the 2021 NBA Finals. Los Angeles couldn’t overcome injuries to Kawhi Leonard, Serge Ibaka and Ivica Zubac against such a talented opponent, but it showed incredible toughness and resilience in reaching the Western Conference finals. Jackson played a key role in that run, averaging 17.8 points per game while shooting better than 40 percent from 3-point range.During his postgame media availability, Jackson, who has played for three teams in 10 NBA seasons, was asked what this particular year meant to him personally. Jackson delivered a thoughtful, emotional response:

“My 10th year’s been my best year. It’s been the most challenging year, the most fun year. Not sure when you’re gonna play, ups and downs, guys being injured, still finding my way in this locker room. First thing I told those guys was, ‘Thank you for saving me.’ I appreciate it. I appreciate every guy in that locker room. I appreciate Paul [George] for getting on that phone last year at the end of the season as time was going by in Detroit. I’m thankful for everything I’ve experienced being here.
“This city makes me feel home, this organization welcoming me, my quirks, my strengths, my weaknesses. I’m not here today without this team. I’m not still playing without this team. I thank them for everything. In my heart, this will forever be a special year. Like I said, it sucks that we didn’t win it, but yeah, I ride with those guys. Those guys rode with me all year, and I ride with those guys. That’s what makes this one tougher. That makes this one extremely tough. To be the ones that, not getting the win, to be the ones at the end of the season, not the ones hoisting the trophy.
“I think that group revitalized me. They found ways to push me each and every day, to challenge me, to ask me to be better, to encourage me to be better. They weren’t just friends. They became family. It’s been a great band of brotherhood that we’ve built here. This has been an extremely special year under these extremely difficult circumstances that everybody’s been under with the pandemic, with COVID. The last year at the half, the way this team has took me in, the way this core group has welcomed me, the way that they have allowed me to be myself — like I said, I’m forever thankful, forever indebted to this group.”

“First thing I told those guys was, ‘Thank you for saving me.’”

As much as Jackson and the Clippers would love to stick together, the question is whether Los Angeles will be able to offer him a competitive salary.After playing on a veteran’s minimum contract this past season ($2.3 million), Jackson is going to receive a significant raise in free agency. The Clippers have Early Bird rights on Jackson, so they can present him with a new deal in the $10 million-per-year range. It’s possible another suitor emerges, though, and blows away that offer.”Obviously Reggie has played himself into some options, I’m sure, coming down to his free agency. Rightfully so, he played his ass off,” George said after Game 6. “But, of course, I would love for Reggie to come back if that is an option. I’ll try my best to play my role and to get him back to being a Clipper.”Jackson may decide that now is the perfect time to cash out, and as George said, he has absolutely earned that right with his postseason performance. But given how much this season meant to him, it wouldn’t be a shock to see Jackson take whatever deal is available from the Clippers, allowing him to continue to grow individually and chase a championship.