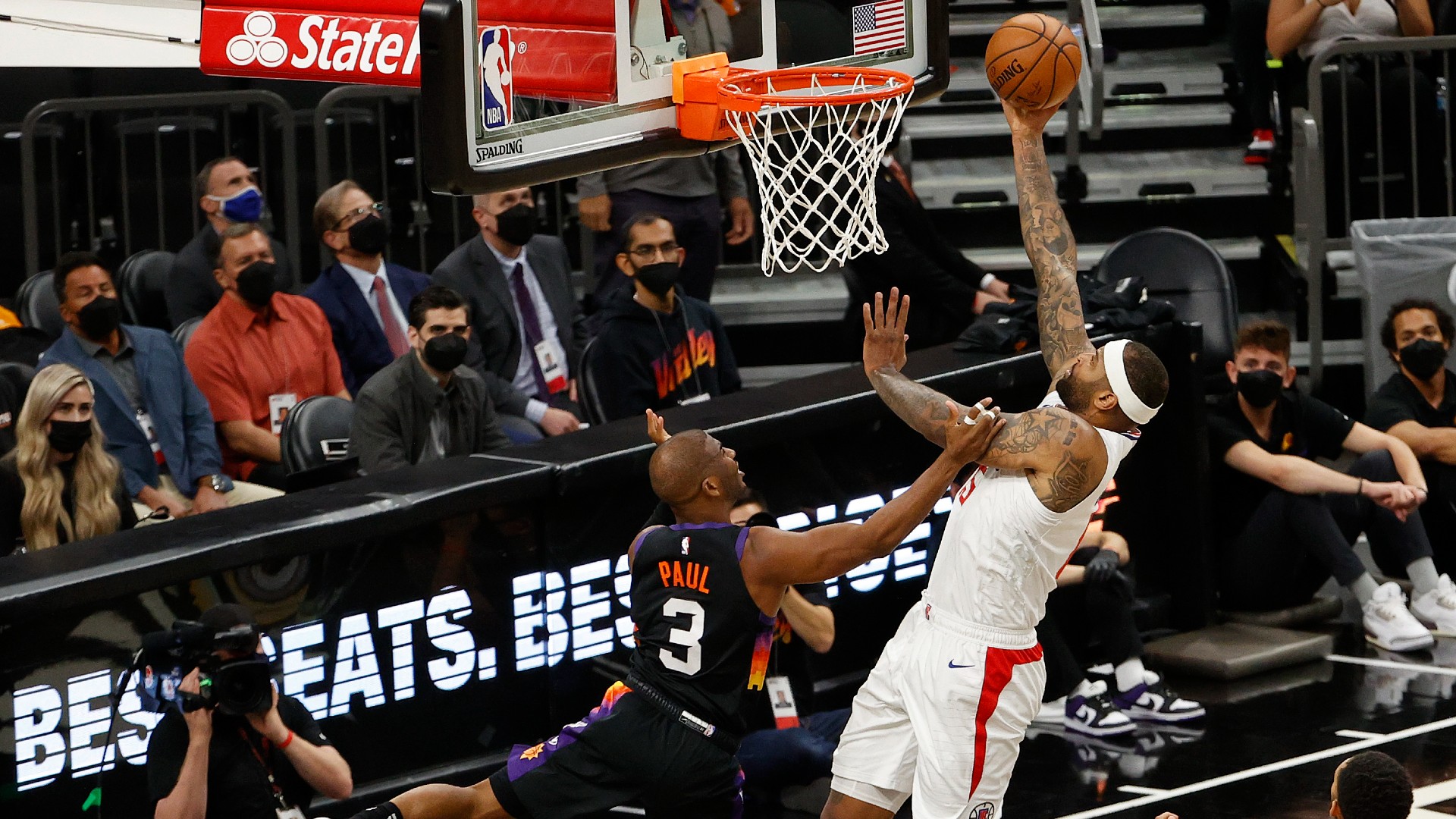 Several former and current NBA players congratulated Chris Paul and the Suns on Wednesday night for reaching the 2021 NBA Finals. Clippers center DeMarcus Cousins wasn’t one of them.

Late in the fourth quarter of Game 6 of the Western Conference finals, Paul got hit with a technical foul after appearing to share a few words with Los Angeles’ bench. Phoenix was leading by 24 points at the time, so Paul may have been dishing out one last bit of trash talk knowing that the final buzzer was fast approaching.

That marked the second time Cousins and Paul had caused a commotion during Game 6. In the third quarter, Paul scored in isolation against Cousins, and when Cousins went to retrieve the ball, he raised his elbow near Paul’s neck.There was some contact, but Paul reacted as if he had been struck by a steel chair, a very CP3 thing to do.
It looks like CP3 was telling DeMarcus Cousins to get out of there as the foul was being reviewed. pic.twitter.com/E89zkROmUg
— ESPN (@espn) July 1, 2021

Cousins was assessed a technical foul for a “physical taunt” — whatever that means — but Paul missed the free throw. (As Rasheed Wallace would say, “Ball don’t lie.”)Paul ended up getting the last laugh, though, posting 41 points (16-of-24 shooting), eight assists, four rebounds and three steals in the victory. Nothing weak about that stat line.