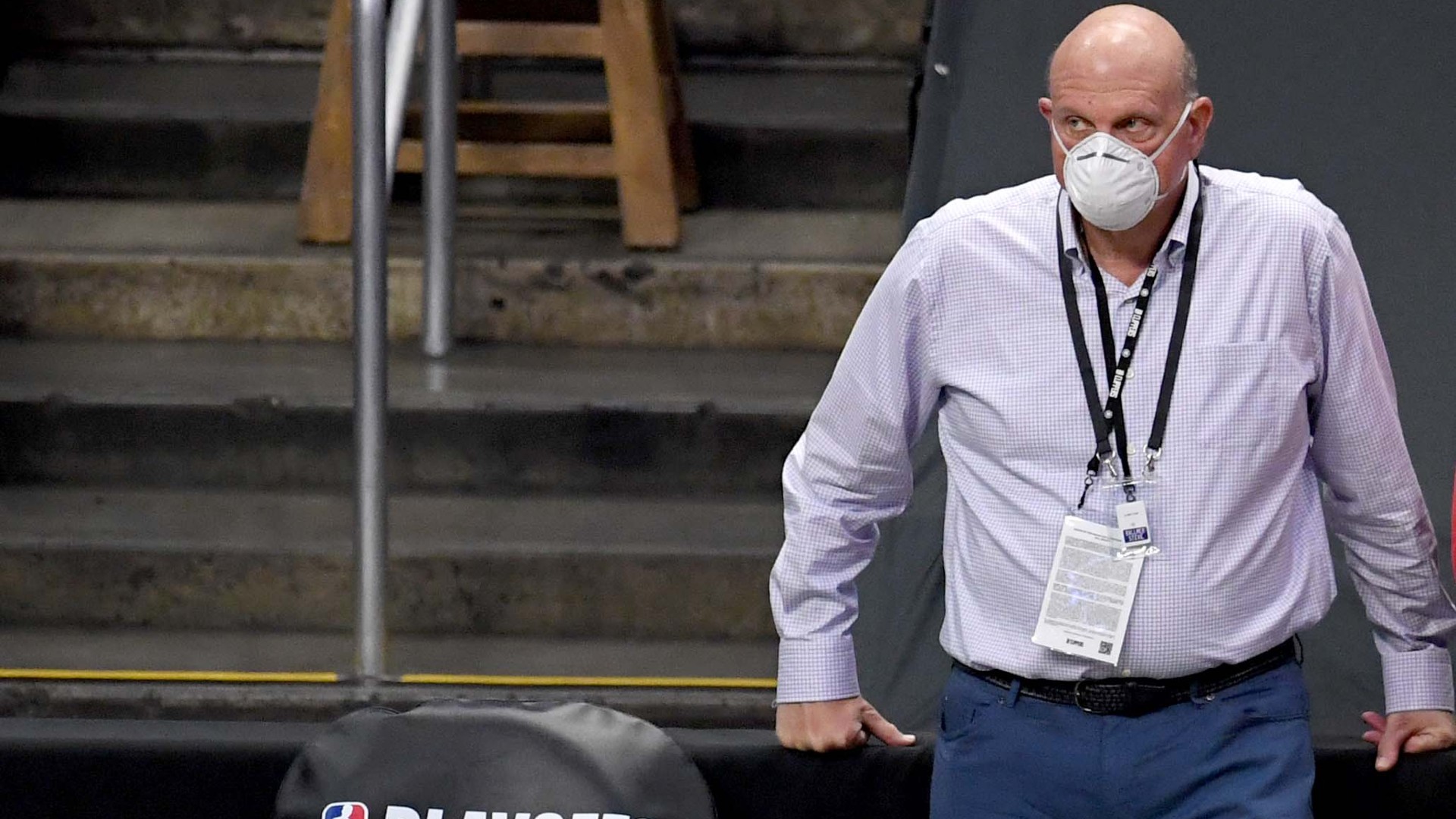 Clippers owner Steve Ballmer is known for his vivacious and energetic demeanor on the sideline, but he took it in a new, unexpected and totally weird direction during Game 6 of the Western Conference finals on Wednesday.

Caught on camera, Ballmer grabs a handful of thighs from neighboring spectators and begins … stroking? carressing? … them in celebration. (If that’s awkward to read, just imagine how awkward it is to write.)It’s not quite NSFW, but it’s … close.
Steve Ballmer committing all kinds of HR violations right here pic.twitter.com/F8ygG6YbDi
— CJ Fogler #BlackLivesMatter (@cjzero) July 1, 2021

MORE: Reggie Jackson gives heartfelt thanks to Clippers after Game 6 lossUnfortunately for Ballmer and the Clippers, the Suns sent the Clippers packing on Wednesday night, with Phoenix advancing to the NBA Finals with a 130-103 win in Los Angeles.On the bright side for Ballmer and the Clippers, though, they won’t be subjected to any more deep dives of awkward sideline celebrations in the 2020-21 season.Plenty of fans caught notice of Ballmer’s grabby-ness and took to Twitter to discuss it.
Steve Ballmer whenever the Clippers go on a scoring run pic.twitter.com/keDJMQzgdj
— Rich (@UptownDC_Rich) July 1, 2021

If somebody just described this happening to you with no context, Ballmer might lose the team https://t.co/8pH5EdTISC
— Trill Withers (@TylerIAm) July 1, 2021

This is Steve Ballmer two wins before the Finals…imagine if they ever win a title pic.twitter.com/m536FvjQuS
— NOTSportsCenter (@NOTSportsCenter) July 1, 2021

Try to avoid the restricted area on the court, Steve.