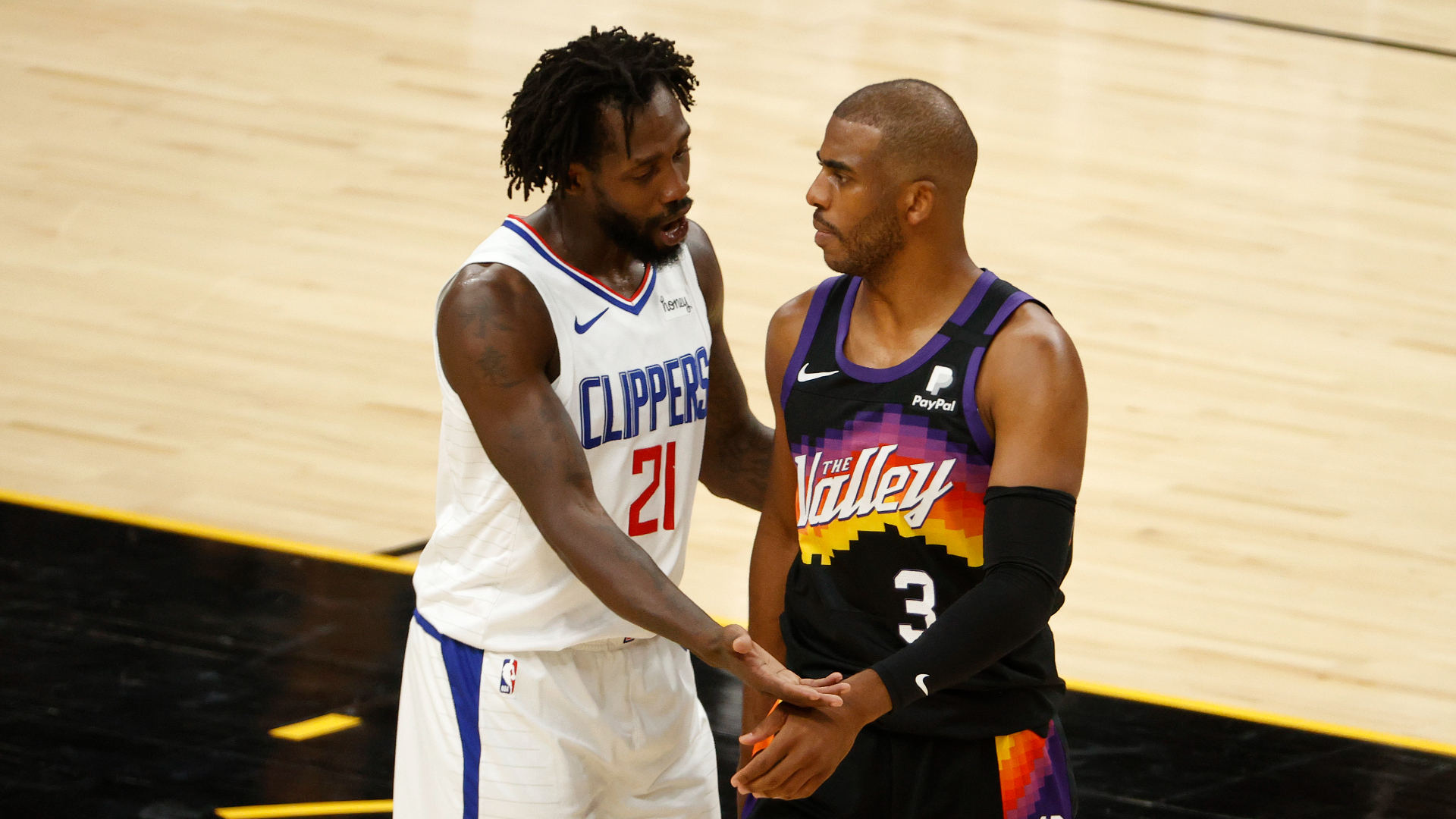 Patrick Beverley’s final act of the 2021 NBA playoffs was not a smart one.

The Clippers’ point guard shoved Chris Paul hard from behind after a timeout was called late in the Suns’ 130-103 win over the Clippers. The play was reviewed and the referees assessed Beverley a technical foul.

He was also ejected from the contest.
Patrick Beverley was ejected after shoving Chris Paul from behind. pic.twitter.com/z0GFL1tb6J
— SportsCenter (@SportsCenter) July 1, 2021

Much was made of the jawing between Paul and Beverley with many wondering if Paul had said something that caused Beverley to lose his cool. But in the end, Beverley knew he was in the wrong, and on Thursday, he set out to make things right with Paul.DECOURCY: Where Chris Paul falls among the game’s greatest point guardsBeverley tweeted an apology to Paul on Thursday afternoon. In the tweet, the veteran guard wrote that “emotions got the best of” him during the incident.
@CP3 emotions got the best of me last night gang. My bad wasn’t meant for you. Congrats on making it to the Finals. Best of Luck 🤞🏾
— Patrick Beverley (@patbev21) July 1, 2021

The apology is a nice gesture from Beverley, and it’s one that Paul will probably appreciate. But Beverley basically confirmed in his message what Jae Crowder already insisted: The Suns broke the Clippers late.”We knew they broke. We know we broke them,” Suns forward Jae Crowder said of Beverley’s shove. “There’s no better sign of defeat than during that moment. . . .  Once we knew we got the game won, we knew at some point they would break. I think that’s basically what you saw. You saw a breaking point with one of their leaders in that locker room.”And that’s a great feeling to have, especially in the playoffs, such a great feeling.”And that “great feeling” will carry over for the Suns as they head to the NBA Finals for the first time since 1993.