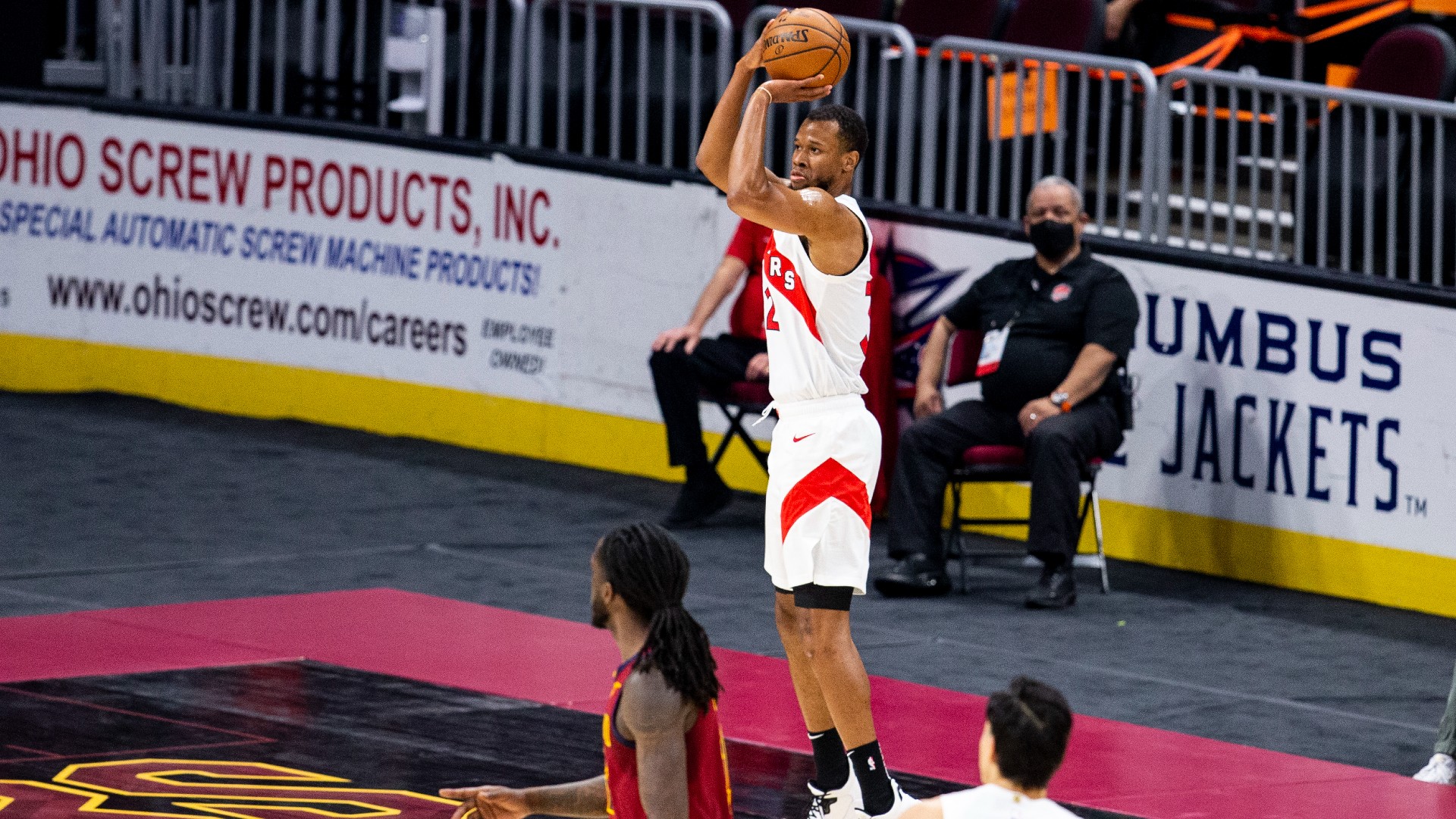 Raptors guard Jalen Harris is out of the NBA for at least a year.

The league announced Thursday that Harris was dismissed and disqualified from the league for violating the its anti-drug program. Because he is a first-year player, he can apply for reinstatement in 2022.

“The NBA, NBA teams, and the NBPA are prohibited from publicly disclosing information regarding the testing or treatment of any NBA player under the Anti-Drug Program, other than to announce a player’s suspension or dismissal from the league,” the NBA said in the press release.MORE: Kawhi Leonard free agency rumorsThe Athletic’s Blake Murphy pointed out that the league’s anti-drug program does not include marijuana.
The NBA dismisses & disqualifies players for testing positive for drugs of abuse. That list is long and does not include marijuana. Normally, that’s an automatic 2-year disqualification, but first-year players only receive 1 year. Harris will have to apply for reinstatement.
— Blake Murphy (@BlakeMurphyODC) July 1, 2021

Murphy also reported that while Harris’ contract will be declared null, the Raptors will retain his rights and would have the first choice to re-sign him if he is reinstated. Harris missed much of the 2020-21 season because of injury but shined down the stretch, averaging 18.5 points, 3.0 rebounds and 3.0 assists in his final four games. He started two of those games.The Raptors drafted him 59th overall out of Nevada in 2020. Harris averaged 21.7 points, 6.5 rebounds, 3.9 assists and 1.1 steals for the Wolf Pack in his only season with the program in 2019-20 after transferring from Louisiana Tech.