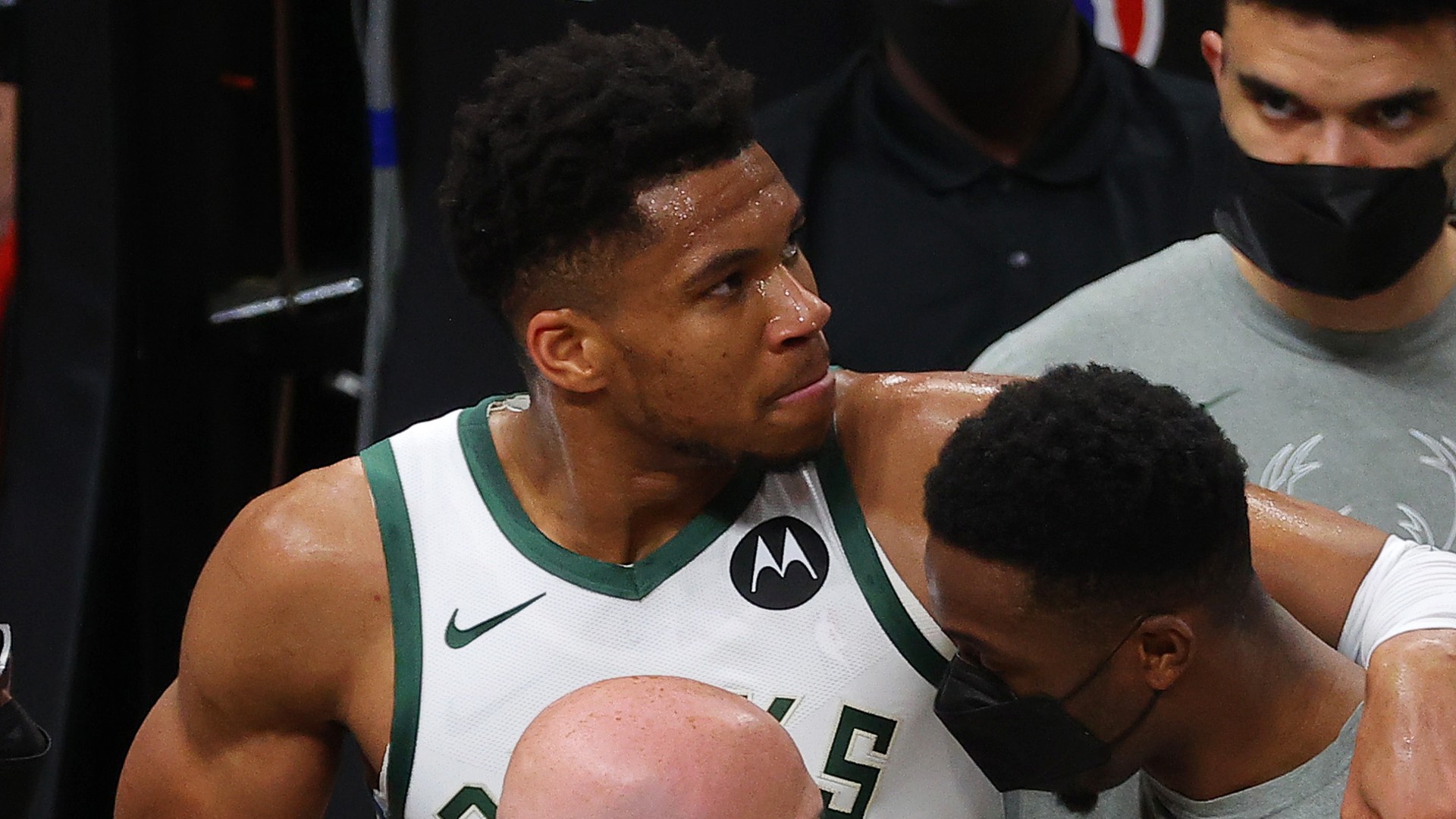 Giannis Antetokounmpo has been ruled out of Game 6 of the Eastern Conference finals with a hyperextended left knee, the team announced on Saturday. It will be the second game the Bucks star misses with the injury after landing awkwardly in a Game 4 loss to the Hawks.

Antetokounmpo was ruled out of Game 5 with the same injury designation, a game in which Milwaukee beat Atlanta 123-112 to take a 3-2 series lead. Regardless, Milwaukee will look to earn just its third NBA Finals berth, and first since 1974, without its best player.

MORE: Bucks vs. Hawks injury updates: Will Giannis Antetokounmpo, Trae Young play in Game 6?The Bucks lost their star player in Game 4 of the Eastern Conference finals on Tuesday. Atlanta evened the series 2-2 with a 110-88 bludgeoning of Milwaukee in said game. The injury occurred in the third quarter of the game with Milwaukee down 62-52. The Hawks took advantage of his absence with a 15-0 run in the victory.
Giannis appears to have injured his leg.

If Atlanta forces a Game 7 on Saturday, however, it’s possible Antetokounmpo will be available for the decisive contest, according to a report from Yahoo Sports’ Chris Hayes:
There’s belief Bucks star Giannis Antetokounmpo (knee) would be given the green light for a potential Game 7 if Hawks avoid elimination in Game 6 on Saturday, league sources tell @YahooSports.
— Chris Haynes (@ChrisBHaynes) July 2, 2021

Atlanta star Trae Young is also listed as questionable for Game 6 with a bone bruise in his right foot. Whether he is able to play likely figures on his pain management.