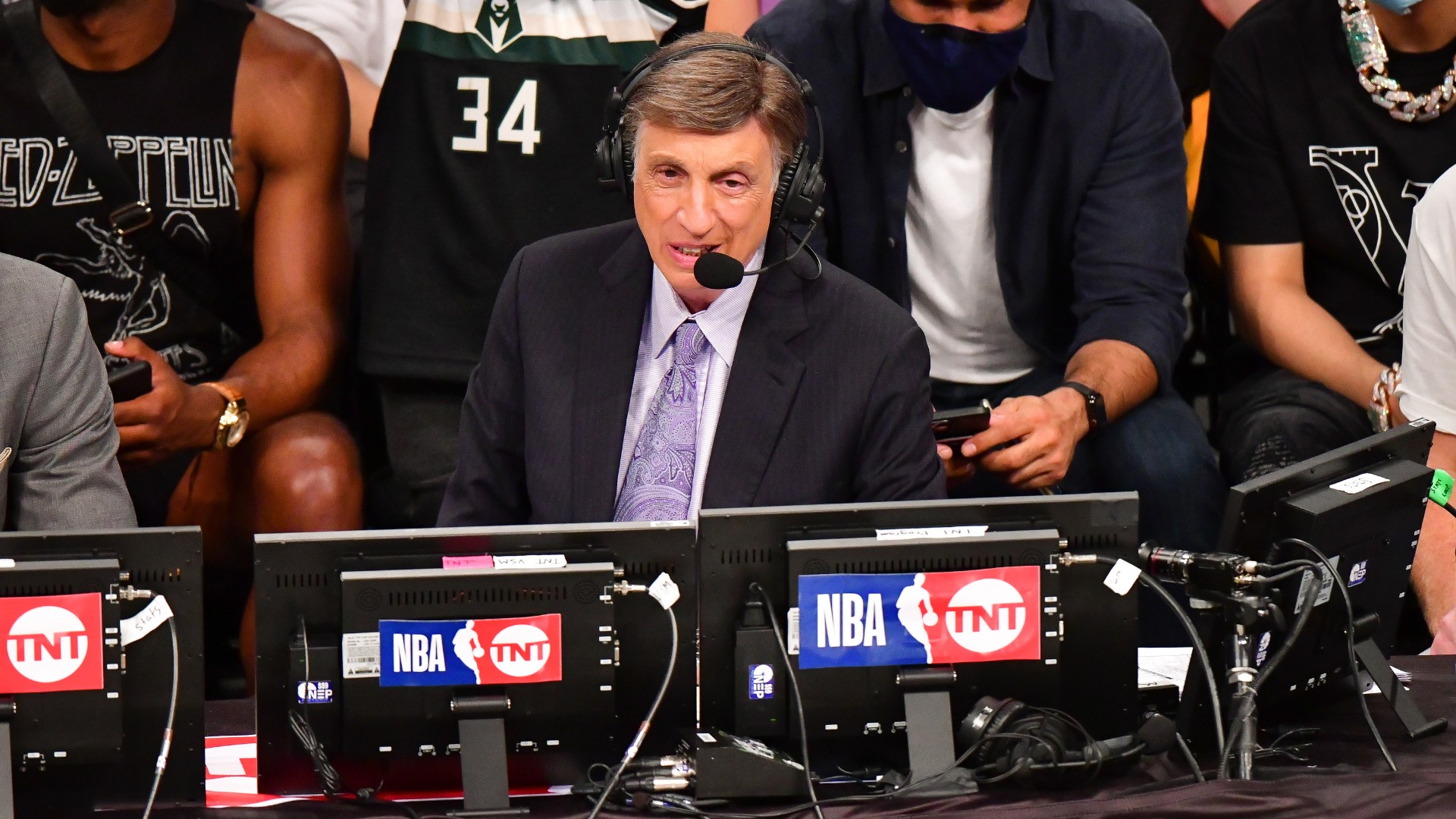 It was given to Reggie Miller to tee up TNT’s postgame tribute Saturday night to Hall of Fame play-by-play broadcaster Marv Albert.

Albert was wrapping up his final call for the network, the Bucks’ clinching victory over the Hawks in Game 6 of the Eastern Conference finals in Atlanta. Miller, his last analyst, briefly touched on what Albert contributed to the history of the NBA.

MORE: NBA Finals times, TV channels, live streams“You gifted the game of basketball with your voice,” Miller said. Albert then got the last word as he signed off for the last time before retirement. He spoke over a photo montage of his 55-year broadcasting career.There was also a moment where the 80-year-old Albert seemed to long to stay behind the microphone. He referred to a comment he made to TNT colleague Ernie Johnson.”And Ernie, as I said to you a couple of weeks back, I wish I were starting all over again. It has been such a joy,” Albert said. He followed with a quick sign-off.
“You gifted the game of basketball with your voice.” ✊

And then came an extended interview with the “NBA on TNT” cast of Johnson, Charles Barkley, Kenny Smith and Shaquille O’Neal. Each took turns saluting Albert.The NBA’s Twitter account posted its own 5 1/2-minute video tribute, which included memorable calls such as “Here comes Willis” and “A spec-TACULAR move by Michael Jordan.”
After nearly 60 years, Hall of Fame broadcaster Marv Albert has worked his final game. From his remarkable run as announcer for the Knicks to his role calling marquee national NBA games, Albert has been the soundtrack for fans for generations. pic.twitter.com/CVmBnfct8w
— NBA (@NBA) July 4, 2021

Albert’s career was not limited to basketball, of course. He was the radio voice of the NHL’s Rangers for decades and a fixture on NFL network broadcasts. He did a lot of boxing and some MLB work, too.But, yes, he’s synonymous with the NBA. Fittingly, he bowed out in an NBA arena.